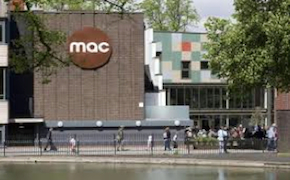 Earnscliffe was engaged on the £14.8 million redevelopment of the arts centre based at Cannon Hill Park, Birmingham, due for completion in 2010. The project has involved re- organising and refurbishing the existing buildings to create greatly improved physical and sensory access throughout; creating a level pedestrian bridge leading to a new main en- trance on the riverside; a significantly enhanced main theatre auditorium, with increased ca- pacity and access; improved reception and ticket office; a new media studio and additional education studio; extra function and meeting rooms.

As well as auditing the existing site at project outset to identify key areas that needed to be addressed, Earnscliffe has been auditing the design development since its inception. Other responsibilities have been:

Earnscliffe has been involved in the detailed discussions for the purchase of equipment, fix- tures and finishes, including choice of comfort seating for the auditorium, and décor and sign- age schemes sympathetic to the needs of visually impaired and Deaf people.