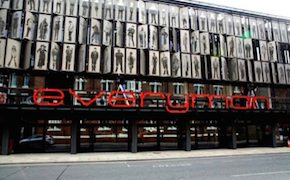 Earnscliffe was appointed to the design team in 2009 at RIBA Stage C and was retained through to its recent completion. Accessibility was central to the £28 million project which saw the rebuilding of an existing theatre into a facility fit for 21st century audiences but which retained the spirit of the well loved Everyman. Key to the approach was ensuring that the new theatre reflected the ethos of the Everyman, which as its name suggests, is inclusive to all.

Working with the client and a design team headed up by architect Haworth Tompkins, Earnscliffe audited the developing plans as well as input to the design. We were involved in negotiations with the Planning Department and Highways and worked closely with the client and local community representatives to understand their programming and operational aspirations more fully. This included meetings with the theatre’s access group.

The new theatre, winner of the prestigious 2014 Stirling Prize for Architecture, has generous access provision including many public and performers accessible toilets and change facilities, including the very first Changing Places cubicle in a theatre setting geared to the needs of people requiring several carers and adult change facilities.