Central School of Speech and Drama 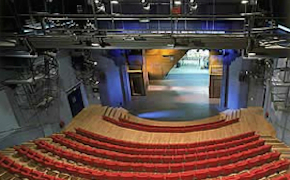 Earnscliffe worked with architect Cullum and Nightingale to reshape the Central School of Speech and Drama at Swiss Cottage in London. The £17 million project, which ran from 2000 to 2003, involved the creation of three theatre spaces including a new build studio theatre, a design studio and lecture theatre, and a five-storey teaching block.

The challenge for the access consultant was to ensure access to all areas of the site for dis- abled theatre technicians, staff and students. This included creating a large control room, much larger than an equivalent-sized public theatre would need, as an accessible teaching space. Access walkways and the lighting bridge also needed to accessible as they were also teaching spaces – this was a first for a theatre.